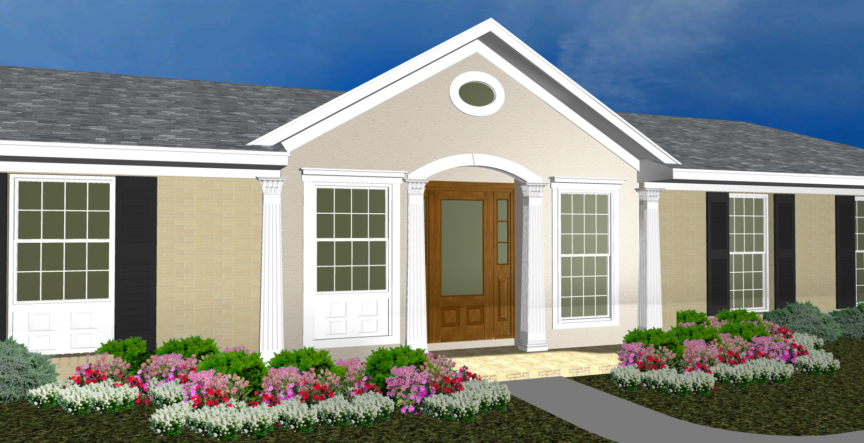 Just a few tweaks, mostly cosmetic, along with some simple carpentry, transformed this 1950’s brick ranch-style house into a timeless Greek Revival home. 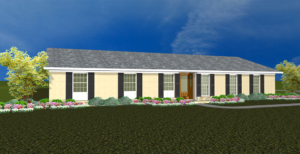 Built along the order of the day in the ’50’s, this was considered ‘leading edge’, not plain at all. This sort of all brick, low-ranch adaptation was quite a leap forward from its all-siding, shotgun & dog-trot predecessors popular only ten years before. 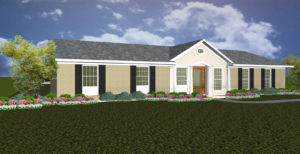 AFTER – pseudo-Greek Revival with little resemblance to its past.

The central shutters were removed, pilasters added, new material overlaid on the center-area brick, and a decorated gable was built.

A close-up better shows off the concept’s details. 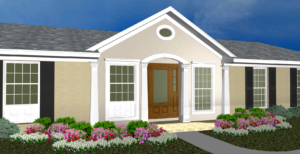 Altering the style of an existing structure is easier than it seems.