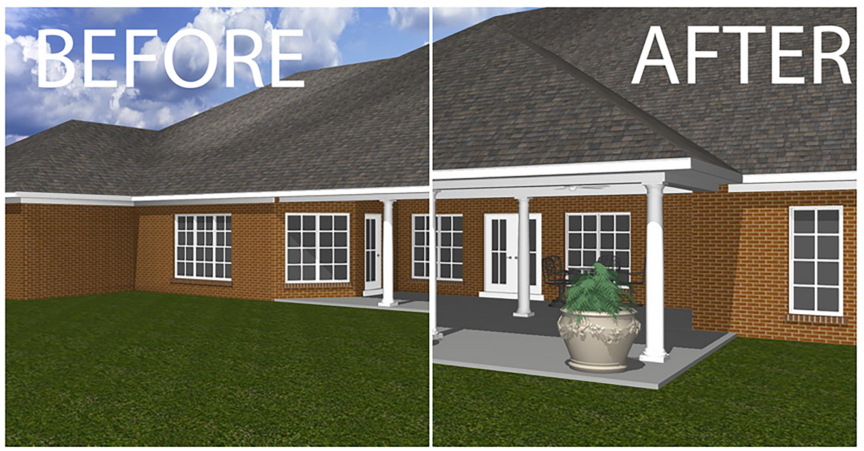 This project is for the expansion of the outdoor space dedicated to a large family – a big porch added to a little porch. It’s a simple solution, which involves adding a new structure outside of the old. Except for some trimming of the existing roof eave to make the old and new roofs a better fit, visually, there are no changes, cosmetic or structural.

Mrs. B wanted raised, built-in planters surrounding the new space. The problem was that the shifting views marked by the alternating seasons could not be made to fit within the fixed lines of site presented by fixed planters. So, a six foot outward extension of the floor of the new porch made a place for movable planters – gargantuan though they may be, which can be shifted around to best reveal whatever Nature has to show in any given Season.

So, how big is a ‘big’ porch. Here, combining the existing space with the new area, yields a spacious 23′ x 33′ covered porch. In the country that’s called a “gracious plenty.”

Below, use the slider to reveal BEFORE and AFTER images of this project.

For ALL your house plan needs, call me. I’ll help you design a gracious plenty of space where you will Love to Come Home™.
Andy Bozeman 334-834-1714